From the Agendashift and Agile and Lean Software Development LinkedIn groups (the second by request):

If you’re building systems for use by humans, ploughing through backlogs of requirements  – however well they might be written – rarely delivers anything better than mediocrity. Conversely, in a high feedback environment (where ideas get tested very quickly), even apparently low-quality inputs can deliver great results, if the inputs do at least focus collaboration and innovation on the right challenges.

Not that the “upstream” folks get a free ride from me – it’s their job to ensure a ready supply of those right challenges to work on, options developed to an appropriate level of detail just-in-time. What’s “appropriate” here is highly contextual, depending as it does on the degree of uncertainty involved and the skillset of the team. Focussing on the quality of the backlog as a whole would be a mistake and not a metric I would want anyone to take seriously.

That’s taken a little out of context and there is no doubt a risk that I’ll be misunderstood, but the comment stands alone well enough I think. One thing is for sure: I completely stand by the idea that ploughing through backlogs is a recipe for mediocrity, particularly when the system under construction is mainly for use by real people. I said it before in Agendashift and I’ll be saying it again (albeit for a different audience) it in Right to Left.

As to the idea that focussing too much on the quality of the backlog can be a trap for the unwary, let me quote from the draft of Right to Left. Here we’re describing close collaboration between development and its ‘upstream’ process in a digital context where this kind of working is now very well proven:

[They] learned to stop thinking of [their ‘upstream’ process] as a phase broken down into stages with gates in between; now they understand it as managing a portfolio of options for the best possible return. The best ideas will be released quickly, perhaps even before they are fully formed – the opportunity being great enough that more eyes and hands should be involved sooner. Some ideas take longer to mature, the cost/benefit equation being sufficiently marginal that a few rounds of prototyping and user testing might save the team some wasted effort later. The least promising ideas will languish for a while before a positive decision is made to reject them. No-one mourns a rejected option; each one is a bullet dodged, waste avoided.

Focus less on the backlog itself and more on the job that it has to do! 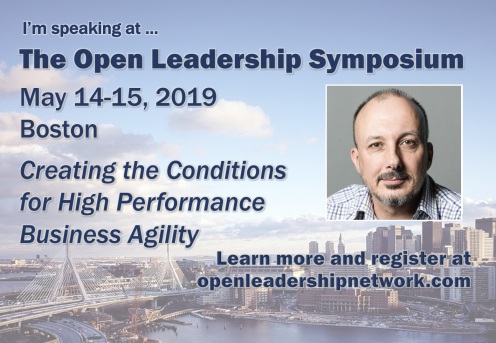